The results showed that the eating disorder indicators were significantly more prevalent in 1998, that is, after the arrival of televisions on the island, indicating greater interest in weight loss for example. This study – although not current – suggests a negative impact of the media on the body and self-esteem.

Currently, some procedures have gained space, such as HD lipo (High Definition: High Definition) or Lipo LAD (High Definition Liposuction), both names refer to the same procedure, a liposuction that allows the definition the abdomen. This procedure started to appear in the media after the disclosure of some celebrities and bloggers who went through the procedure and showed the results of their bodies with the exposure of photos on their profiles.

The reflection I want to bring here is that the media may mask the dark side of the procedures, a painful postoperative period, discomfort caused by post-surgical edema and a restrictive diet that is often necessary in post-surgical recovery, showing only the final result, passing the idea of ​​something simple, painless and fast to many who follow celebrities on social networks.

Considering that the accumulation of adipose tissue (body fat), especially in the abdominal region, is harmful to health, in liposuction when removing the fat from that region there is a metabolic improvement, that is, less fat in the abdominal region more health , right? WRONG! A systematic review with meta-analysis on the effects of liposuction on metabolic syndrome and insulin sensitivity, showed that the procedure, when compared with a control group, was NOT able to improve classic cardiovascular risk parameters, such as HDL, LDL, cholesterol total, glucose, triglycerides, insulin sensitivity and blood pressure. 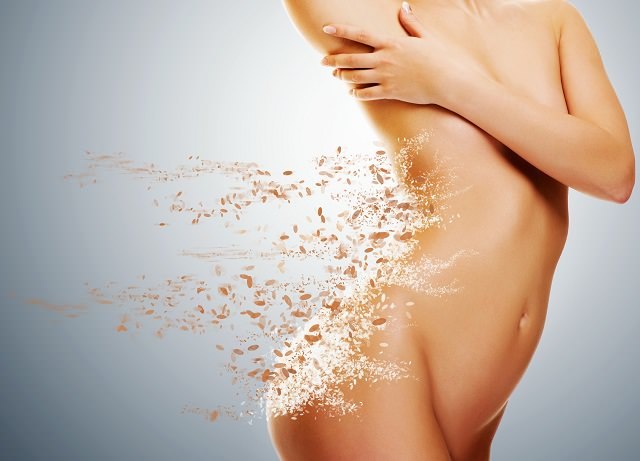 In addition, this is a procedure that removes the subcutaneous fat (the one that is under the skin), and not the visceral fat (between the organs), which is the fat responsible for the increased risk for various cardiometabolic diseases. In other words, the individual who undergoes a surgical procedure to remove fat CANNOT achieve metabolic improvement.

Of course, not every aesthetic procedure has a negative bias and far from me wanting to demonize them. However, I believe that if it is a permanent intervention and considering that health is at stake, there must be a lot of responsibility and awareness of the choice that is being made.

We must also reflect on the concept of beauty and ideal weight and prioritize our physical and mental health. We need to be very careful with the content we are consuming, as they can generate compulsive behaviors in relation to appearance, causing dissatisfaction, suffering and low self-esteem, which can lead to body dysmorphic disorder, characterized by an exaggerated concern with appearance.

As I use this space to bring articles and scientific evidence to published content, these reflections also fit. After all, nutrition and aesthetics are areas that must go together.